THE GATE HOTEL TOKYO by HULIC

THE GATE HOTEL TOKYO by HULIC

Hibiya Festival was the first entertainment event having more than 1.7 million people in The Tokyo Midtown in Hibiya after its opening last year.
People could enjoy straight play, dance, musical, opera music and other various stages in an open area by free of charge.

Mr. Amon Miyamoto, the artistic producer, will take care of the opening shows for two nights this year.

You can enjoy watching straight play, opera music and various stages held on the main stage, Hibiya Step Show, during the period, by free of charge. Hibiya area will be the spectacular theater with passion for those two days. 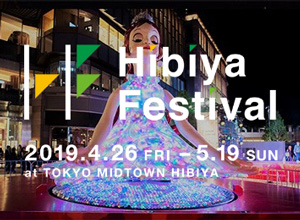 Notice of Changes in Business Activities (as of December 1st, 2021)

Announcement of Price Revision of the services

Local Information ～ the Inui Street in the Imperial Palace ～

Premium space for the hotel guests