THE GATE HOTEL KAMINARIMON by HULIC

THE GATE HOTEL KAMINARIMON by HULIC

"SETSUBUN" is a one of Japanese traditional events to drive the evil spirits away from people run by one day before the day called Risshun which is a day of starting spring.

There are various Setsubun events all over Japan, but the one at Sensoji-temple in Asakusa is especially famous with its long history which is even written on the journal called ‘Edo Meisho Zukan’ published in late Edo era.

In a custom, normally people throw and scatter roasted soy beans inside and outside of the houses while saying ‘Oni wa soto’ which means get goblins out of the house and ‘Fuku wa Uchi’ which means to invite happiness into the house. However, people just say ‘Fuku wa Uchi’at Sensoji-temple as it is said that there are no goblins there.

Men of the year depending on a Chinese zodiac normally through beans to drive evil spirits at the Setsubun event. The event is followed by a kind of dance called Shichi Fukujin no Mai ( a dance of a god called Seven Deities of Good Luck) to celebrate a fortune of Kannon which started in April 1964.

You can find more information from here;
http://www.senso-ji.jp/annual_event/05.html 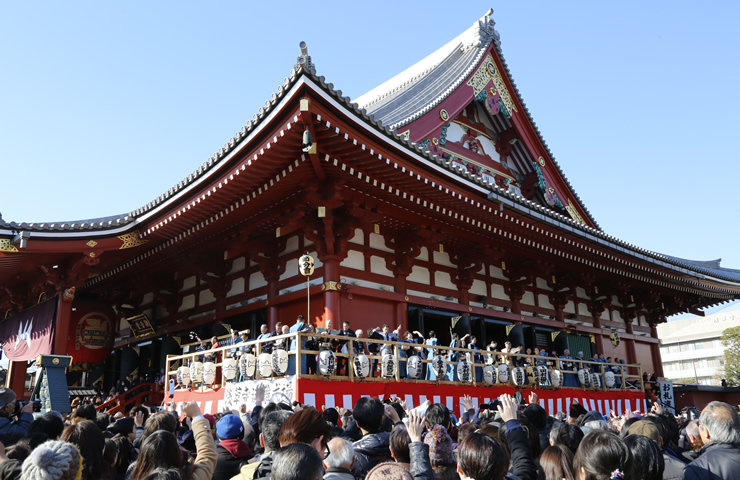 Notice of Changes in Business Activities (as of…

Notification for our smoking guest

The fragrance of THE GATE HOTEL in a stick [Scent…